Despite a national ban on hunting Romanian Bears, there is a negative attitude to bears and some locals have chosen deadly methods of bear culling.

Sheepfold and grazing sheep flock on one of the many mountains in Romania. Locals often take matters into their own hands to protect themselves and livestock from “problem” bears.

When walking home one evening, Csaba Demeter, a forest guard from Carpathian Mountains was taken unawares by a brown bear that attacked him from behind. The animal pinned him to the ground and began to tear at his limbs and back with its teeth and claws. By playing dead,

If a bear chases you should you climb a tree. Can bears climb trees? 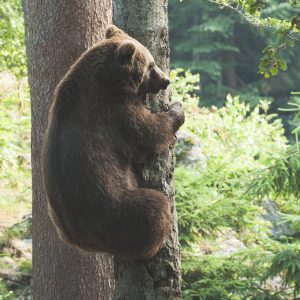 If a bear chases you, should you climb a tree? Can bears climb trees? Or is it only a certain species of bears that can climb trees?

Well, this is a question many people ask and one of the greatest myths that is filled with misconceptions and assumptions.

There used to be a general belief that bears can’t climb trees except for the Giant Panda. Others 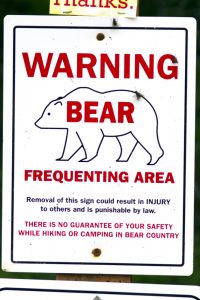 The Polar Bear is the largest land carnivore on Earth, only the Kodiak bear can rival it in size.

The polar bear is a carnivorous bear that’s also classified as a marine mammal because of its native dwelling place exclusively within the Arctic Circle, and surrounding land masses.

This is a large bear. In fact, it’s rivaled in size only by the Kodiak bear with some individuals weighing over 1500 pounds (700 kg).

Meet one of the most commonly seen and well-known bears on the North American continent: The American Black Bear. 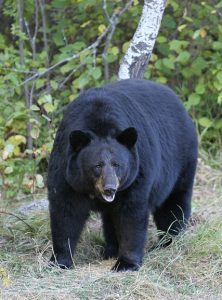 The American black bear is a medium-sized bear that’s native to North America. It’s actually the smallest among the three bear species found in North America: black bears, brown bears, and polar bears. This bear is the most common and widely distributed among all bear species in that region.

In fact, it’s also the world’s most common bear species.

Though they are called ‘black,’ many variations in color exist. In the east most are black with a brown muzzle, in the west some are brown, cinnamon, or even blonde-colored. There are even some with white-bluish fur: these are known as Kermode (glacier) bears and they exist only in coastal British Columbia in Canada.

Everything you need to know about bear attacks especially when you’re in bear country. 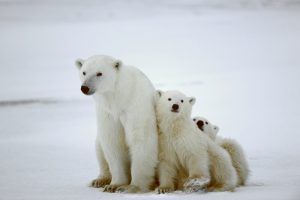 A She-Bear With Cubs Must Be Avoided By All Means.

With an average weight of 454 kg. (1,000 lbs.), and sharp claws, it’s obvious that bears can do some serious damage to the human body.

But the operative word here is ‘can’ not ‘will.’ They won’t just attack you out of nowhere.

In fact, human encounters with bears happen quite often yet aggressive behavior is rare and full-on bear attacks are even rarer.

Most bears would rather avoid you anyway as they are as frightened and as startled as you are to see them.

Here’s some evidence, and a video, that shows just how puny the largest bears today look compared to the now extinct giant prehistoric bears. 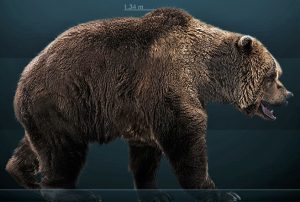 If you think Kodiak bears and Polar bears are scary at maximum heights in the range of 3 meters (9.8 feet), wait till you read about some of the giant prehistoric bears we’ve got lined up for you. Some easily weighed up to 3,500 pounds and stood at 3.7 meters (12 feet tall).

Also, if fossil evidence is anything to go by, these bears were among the most fearsome land predators and in the company of dinosaurs, and mammoths (though the mammoth was herbivorous).