What Do You Get From Crossing A Grizzly Bear And A Polar Bear? A Polar-Grizzly Bear Hybrid. 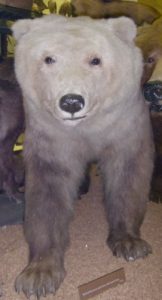 Before 2006, the polar-grizzly bear hybrid was something that was known to occur among bears of both species while in captivity.

But all that changed when the first documented grolar or pizzly bear specimen was shot in the wild in the Canadian Artic area that same year.

The brown bear is the most widespread and well-known species of bear alive today. 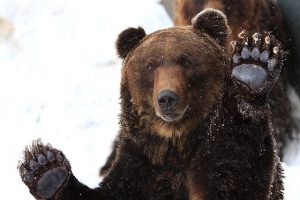 The brown bear is the most widely distributed bear species worldwide and is one of the largest land carnivores alive today. The only other bear that can rival it in size is its close relative, the polar bear.

There are many subspecies of the brown bear, and it’s generally very well-known among humans wherever they inhabit. They are so popular that they are the favorite state and national symbols and sports team mascots in many countries.

The image of the California Grizzly Bear is almost everywhere you go in the state but you won’t find any real grizzly bears in the wild there. Here’s why. 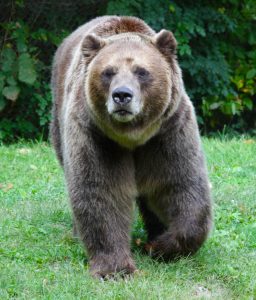 A Male Grizzly Bear On The Move

If you’ve had anything to do with the state of California, USA, you may have noticed that there’s the image of a big grizzly bear on the state flag.

Also, if you’ve been to California lately, you would notice that there are bears on the street signs, shop signs, and almost everywhere but there are no real grizzly bears to be seen! So, you’re probably wondering why this is so.

Well, historical accounts state that they used to be at least 10,000 grizzly bears roaming freely in California alone.