A protective female Romanian bear and her cubs have cut off access to Dracula’s castle in Bucharest.

In Bucharest, Romania, danger lurks once more at one of Dracula’s castle but it’s not exactly what you may expect. This time, a protective mother brown bear and her three cubs have blocked access to the castle.

The fortress in question is the Poenari Castle, or Peonari Citadeli, used by Romania’s Vlad the Impaler in the 15th century.

Even the gory history of the former owner of the castle does little to keep tourists away. In fact, on a normal day, you’ll find tourists all over the ruins. They want to catch a glimpse of the dwellings of the man behind the Dracula legend; the blood-sucking vampire.

However, it now appears this female bear has had more success than the legend at keeping the tourists at bay. 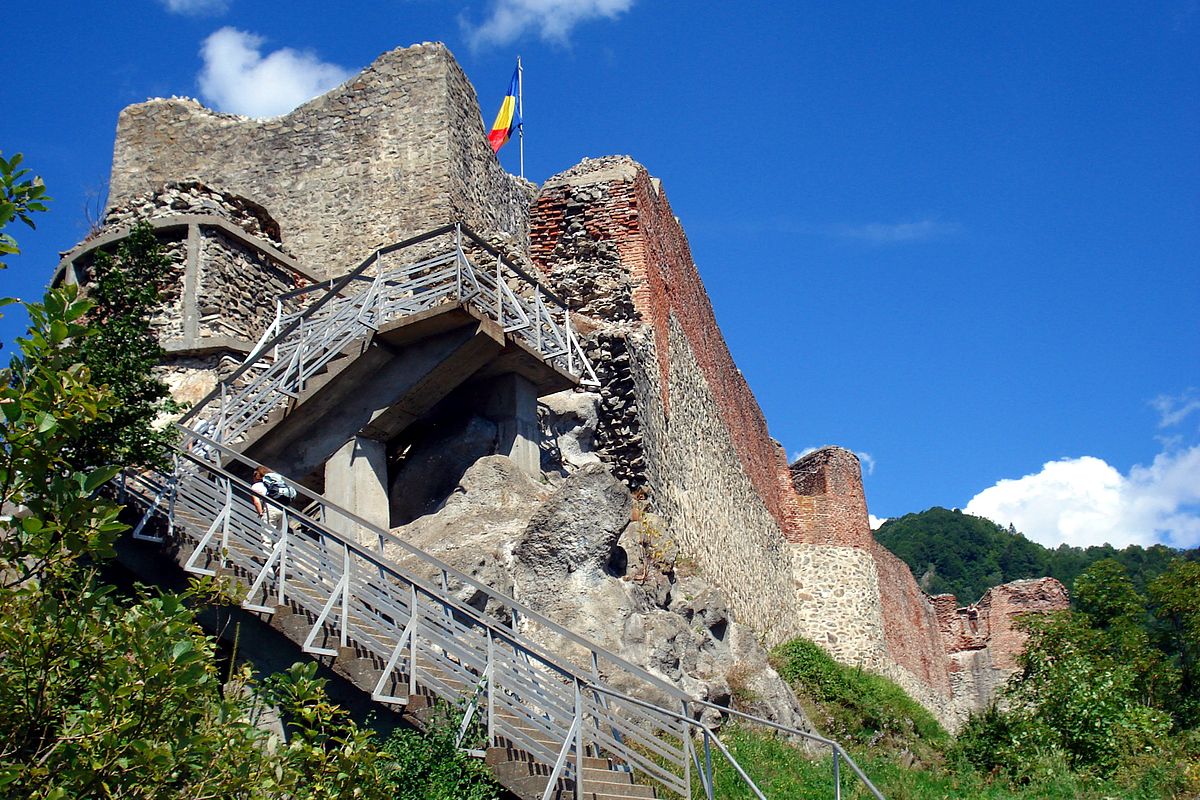 The citadel rests high atop an isolated mountain in central Romania. Visitors can only reach it by climbing 1,480 steps.

But earlier this year, in late May, local authorities declared it off-limits ‘for the safety of visitors.’

They took this step after several close shaves between visitors and the bear family.

Note that one of the most dangerous situations with these creatures is to approach a female brown bear when she has cubs to protect. As a matter of fact, several brown bear attacks are a fallout of she-bears protecting their cubs from what they perceive as a threat; humans.

Poenari Castle is one of several castles associated with Prince Vlad the Impaler. Although Bran Castle in Transylvania is the bigger tourist attraction.

Handling The Situation With This Female Romanian Bear

Though the environment ministry gave the go-ahead to capture and move the bears, local officials were yet to decide where to move them to.

However, police laid the blame on tourists for poor disposal of food. They claim leftover food attracts the animals. This actually makes sense because bears have a very strong taste and attraction for human food.

Once they have a taste of human food, they easily become food conditioned; a very dangerous situation for both bears and humans alike.

Present day Romania has a serious bear management crises on its hands and bear attacks in Romania are very common. The situation is so bad that even a senior politician called for the army to help control the bears.

Romania is now home to about 6,000 brown bears. The country only had 1,000 bears 50 years ago and with this new figure, 60 percent of Europe’s bears live in Romania.

Brown bears rank among the largest terrestrial predators in the world today. These are extremely powerful creatures and some males of the species can grow up to 350 kg in weight.

Interestingly, the largest brown bear ever caught was a Romania bear that weighed 480 kg.