For bear lovers out there, here are ten most popular bear movies you need to check out.

10 Of The Most Popular Bear Movies 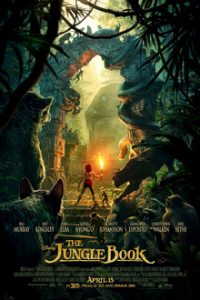 Summary: You may wonder, that’s a wolf movie, what’s it doing on this list? Well, after a young boy named Mowgli (Neel Sethi) leaves the wolf pack en route to a human village in a journey of self-discovery, he meets a free-spirited bear, Baloo.

Baloo talks him into staying a while longer after he saves him from a giant python. To repay the favor, Baloo asks Mowgli to help him gather up enough honey for his annual hibernation.

And the adventure begins! You will love the storyline of this movie.

Jungle book was a box office hit making $966.6 million from a $175 million expense. This earned it the fifth position on the box office highest earners in 2016. It also made the spot of the 35th top-earning film of all time.

At the 89th Academy Awards, it won the Best Visual Effects slot. 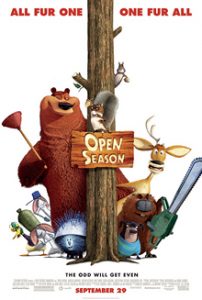 Soon, a fanatic hunter shows up at Beth’s with a deer played by Ashton Kutcher tied to his truck hood.

The chance meeting between Boog and Elliot marks the beginning of this animated wildlife adventure.

This animation was such a box office success that it has video games built for multiple platforms. It also spawned three sequels; Open Season 2, Open Season 3, and Open Season; Scared Silly.

Summary: It’s the 1820s. Hugh Glass (Leonardo DiCaprio) and his hunting party are attacked by the Arikara war party.

What follows is one of the most captivating survival movies you can find. Positively received by critics, it won five BAFTA awards and three Golden Globe awards.

For a $135 million expenditure, the movie earned $533 million worldwide. 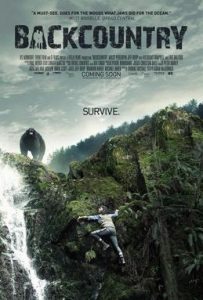 Unlucky for the main character and his girlfriend, they settle in a hungry black bear’s residence.

Further trouble comes when they get lost with completely no navigation tools. To escalate their troubles, they get attacked by a black bear in their tent. 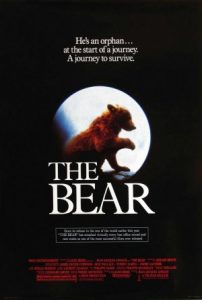 Summary: Two hunters are on a hunting spree in the wild, and one of them wounds a grizzly.

It flees and meets an orphaned cub trying to fend for itself after its mother was killed by a rockslide when digging for honey.

The cub befriends the grizzly by helping lick his wounds, and in return, the grizzly takes the cub under its wings teaching him how to fish and hunt while calming him at night from PTSD after witnessing his mom’s death.

The Bear won multiple international awards including the Best Feature Film during the Genesis Awards of 1990.

6) The Life and Times of Grizzly Adams 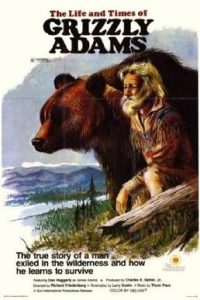 Summary: Adams is a skilled hunter. He goes about trying to survive in the woods after wrongful accusation for murder and he rescues a grizzly bear cub whom he adopts and names “Ben.”

Ben grows to be a full-fledged gentle and kind bear. The bond they form helps change Adam’s perception of animals as he vows never to harm any.

The film was such a commercial success that from a budget of $140,000 it earned a whopping $65 million worldwide.

Furthermore, its widespread public reception led to the production of an NBC series of the same name. 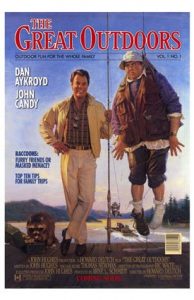 Summary: Everything is going well for Chet and his family who are on vacation in Picheggon, Wisconsin.

Chet threatens to leave after they disagree with Ramon, Kate’s husband. They settle for a BBQ though as Chet tells of an earlier visit to the park for a honeymoon where he met face-to-face with a grizzly, fighting it off by scratching hair off his head.

The bear later gaining the nick the “Bald-headed Bear.”

Though the families rivalry continues, they bond together and leave the park happily after they wrestle away the Bald-Headed bear.

The Great Outdoors is a great family watch for that family movie weekend. 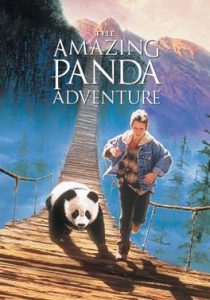 Summary: When ten-year-old American Ryan Tyler (Ryan Slater) gets a ticket from his father to visit China, he debates whether to go or not.

It turns out that Ryan’s father, Michael, works in a panda reserve center in China.

What happens next is fascinating as Ryan helps his father rescue a panda cub from poachers and saves the reserve from closure by Chinese officials. 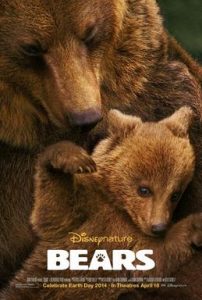 Summary: Documentary about a family of Alaskan bears.

A she-bear named Sky bears two cubs, Amber and Scout. When April approaches, they have to move down to the valley while watching the avalanches.

Luckily, they make it. However, new threats arise. Two male bears; Chinook and Magnus are continually fighting for dominance and Sky has to keep her cubs safe. Besides, Tikaani, a lone wolf wants to eat the cubs.

If lost for a great afternoon watch, check Bears out. You will be fascinated by the many adventures of bear cubs from birth to the wild, surviving successfully and finally making it back to their den for hibernation. 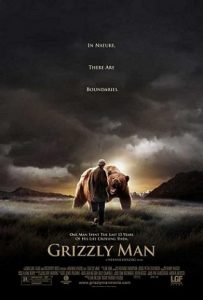 Grizzly Man brings to your screen outstanding footage of Treadwell’s experiences with wild bears during his 13-year spell.

Werner Herzog puts together Timothy’s recordings of bears and interviews given by Treadwell’s accomplices as well as wild bear experts opinions.

Unfortunately, in real life on October 5th 2003, a grizzly killed and ate Timothy and his girlfriend Amie Huguenard.